She painstakingly trained punches and kicks day after day, year after year, in hopes that her kung fu master would teach her his secret techniques.

Kung Fu Master: “You are not ready yet.”

Even though on that day her kung fu master denied her request again like the many times before it, she could imagine the day where he would accept her request. No matter how long it would take, she would persist on training until she learned her kung fu master’s secret techniques. To this day she is still punching and kicking.

Andrew Parsons Lin
Andrew Parson Lin is the director of Ultrawave—the Sound and Audio team at IGS. With a total of 16 years of experience in composition and sound design, Andrew has worked on games such as ROCK FEVER, MUZIBOX, MONSTER EYE, Speed Rider, Speed Driver, and Constant C. He is currently working with his team members at IGS to make Ultrawave a well-known name in the game industry with original anime-style compositions.

Although he has always loved both games and music production, he chose to major in Oceanography in University. After graduating, he authored computer books for a living. Shortly after, he decided to return to his love of gaming and music production.

Andrew believes that composing a song is like cooking—a combination of art and science. Ingredients are like sound assets. One needs to use intuition and creativity to combine them to make something great.

About Kung Fu Shoujo
I was in my studio and our executive producer came in to chat. He said a song about martial arts where players would be able to do coordinated kung fu moves in duet dance would be pretty interesting. It made me immediately picture a cute, mischievous girl (in Taiwan this is associated with Japanese lolita fashion culture), who in hopes of becoming a martial arts star, begins to train kung fu.

Even though the song had to be in a Chinese style (kung fu is Chinese), it still needed to adhere to the style of modern popular music, which incorporates a lot of electronic sounds. I was perplexed. Picturing this young, mischievous girl, I knew it had to be a Japanese song in a Chinese style. I decided the song would be about a young Japanese girl going to China to learn kung fu.

Ann wrote both the lyrics and sang the vocals. Her voice was just how I imagined our fictional girl would sound like. I was very happy with the end product and I hope that players will enjoy it. 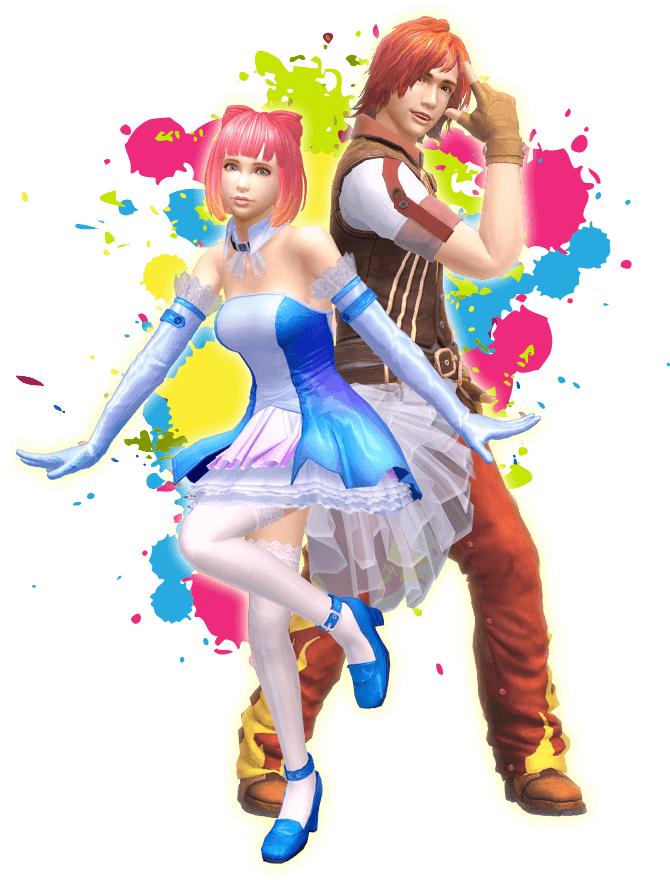